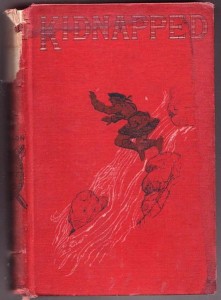 One of the panels I attended at WorldCon was “Creating Gods.” The panelists were Brandon Sanderson, Carrie Vaughn, some people they invited up from the audience, and Patrick Rothfuss. The main thrust of the panel was how to have superbeings (and/or deities) in a story without pushing humans or regular Joes into insignificance.

The bottom line for the panel was that you have to create conflict. You can do this by creating a disparity of powers, giving everyone something they are completely awesome at (even if it’s just being totally loyal, like Sam in Lord of the Rings), not letting powers define who someone is, making the superbeing’s power irrelevant to the main problem, or focusing on interpersonal conflicts.

This all boils down to the same thing: no matter what you add to your story, you have to maintain a level of conflict. This is one of the biggest problems I’ve pointed out in manuscript evalutions. Authors either let their conflict falter, make their first conflicts irrelevant to what the plot later becomes, or never really establish a strong conflict in the first place.

Conflict is what drives your story. If you’ve got a character-driven book, the conflicts within that character are the thing the reader is reading about. If you’ve got a plot-driven book, the plot is centered around conflicts, whether they are interpersonal, societal, global, or simply fist-to-fist mindless fight conflicts. Allow me to rephrase the first sentence in this paragraph: Conflict doesn’t drive story; conflict is story.

If you’re writing a story, you’ll want to be on the lookout for common conflict killers. I’ve seen several types of conflict killers in manuscripts I’ve read or evaluated, and here are a few of the most common.

1. The main character doesn’t need to try. This first conflict killer is what the “Creating Gods” panel centered on. If you make a character too powerful, or even just too competent, there isn’t enough conflict to keep things interesting. If I look at your character, then at the situation, and know exactly how it’s going to go down and I know your character won’t lose anything in the process, then what is there to worry about or root for? There’s no suspense.

This doesn’t mean your character can’t be powerful; it just means they need to have skin in the game and something to lose. Take Superman. Kryptonite is a pretty lame weakness; it almost doesn’t count. But he has something to lose. He cares about people who are too weak to defend themselves, and he has Lois Lane to protect all the time. The WorldCon panelists pointed out that a lot of Superman’s identity stems from those he has to save. Even collateral damage can provide conflict. I’ve read far too many manuscripts where every obstacle the character faces provides no threat of loss.

That isn’t to say you can’t have multiple conflicts, or that they can’t interrupt each other. They just need to be sustained and relevant throughout your book. For example, in Robert Louis Stevenson’s Kidnapped, the initial conflict is that David Balfour cannot wrest his inheritance out of the clutches of his uncle Ebenezer. That conflict gets interrupted when David is kidnapped and ends up going on a book’s worth of adventures with the Scotsman Alan Breck. However, the conflict of David’s poverty continues throughout the book, and the conflict with Ebenezer returns in the final chapters and illustrates David’s emotional growth. The conflict is explicitly overcome.

3. Promising one conflict and delivering another. The last common conflict killer is one likely more subjective than the other two because it centers on what you promise a reader in the opening chapters of your book. If you set up one type of conflict and then provide a completely different one, you can run into a load of trouble. I once read a manuscript that opened with a heart-wrenching revelation to the main character. The way it was introduced promised that the character would need to relearn how to trust herself and others. This conflict didn’t happen. She jumped right into trusting someone she hardly knew and risked all sorts of things for him. Given the self doubt at the beginning of the book, that path didn’t ring true.

This is hard to spot in your own writing because you don’t always know what you’re promising. Get someone to read your manuscript. Most well read people will be able to articulate when they’re getting something other than what they were promised. Also know that this is sometimes subjective. A friend of mine read Kidnapped and thought she was being served a family conflict and felt betrayed when she got a coming-of-age adventure story. I thought I was promised a coming-of-age story, and I didn’t gripe much when it stopped being a family drama and started being a Highland adventure.

Subjective or not, a disjoint between your promises and your delivery can kill your story. My friend hated Kidnapped, even though she could recognize many good things about it. That one broken promise broke the book for her.

So cultivate your conflict. Your readers will appreciate the effort.

Since I last posted, I completed my master's degree in[...]

Fairy tales and folktales get handed down, repurposed, and woven[...]

This is the first of my (hopefully) weekly roundups where[...]