Since I last posted, I completed my master’s degree in English, moved house, worked on dozens of projects, and got a dog and six chickens. But today I’d like to highlight three recent-ish projects that are on the same topic: fairy tales.

The first project, Channeling Wonder: Fairy Tales on Television, is a collection of scholarly essays edited by Pauline Greenhill and Jill Rudy and published by Wayne State University Press. I indexed the volume, and it was a pleasure to read (not to mention the fact that it fed into research for my master’s thesis). The topics contained in the book are broad, and the various authors bring unique concerns, interests, and perspectives to the discussion about fairy tales on television. And look at that cover! Isn’t it nice to find an academic press that takes a little pride in the designs as well as the content?

The book spawned another project I worked on: Fairy Tales on Television. I was one of many research assistants and contributors who made the searchable database and functional data visualizations possible. The database is a research tool for researchers and creators whose interests intersect with fairy tales and television. I’ve used it for research of my own, and I might be preparing an infographic summarizing my findings. (So stay tuned for that.) 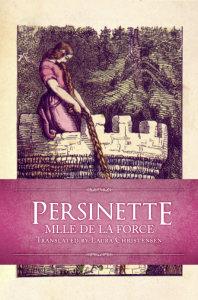 Outside of academia, I also had the opportunity to work with Laura Christensen, a French-to-English translator who translated “Persinette,” a literary French fairy tale similar to “Rapunzel.” Laura translated the tale, wrote a delightful introduction, provided some biographical information on the author, and included introductions to and public-domain translations of the Grimms’ “Rapunzel” (which was published after “Persinette”) and Giambatista Basile’s “Petrosinella” (an Italian tale published before “Persinette”). I copyedited the text (except the public-domain translations) and formatted everything for its upcoming ebook release. Laura lets you know where you can find her collection on her translation website.

One of the panels I attended at WorldCon was “Creating[...]

5 Tips for Popularizing Your Scholarly Writing

Though I frequently post about fiction, a lot of what[...]

My most recently completed editorial project isn’t technically a Looseleaf[...]