A couple weeks ago I wrote a post about humanizing your book’s villains. Today I’m going to analyze some humanized villains and talk about the specific traits and techniques that make those villains more human and interesting—I’ll even show a humanizing element that can save your villain from being completely flat. Because any villain’s characterization can span an entire book or series, let me preface this post by saying it’s probably full of spoilers. I’ll keep them as mild as I can, but if you want any of these books to remain completely unspoiled, avoid reading that book’s section and skip to the technique summary at the end.

Lord of the Rings: Gollum 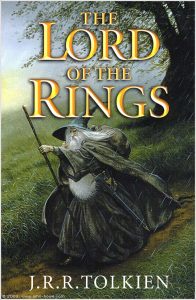 I’ll start with the book most of you won’t mind having spoiled. Gollum from Lord of the Rings is the most humanized villain in the trilogy (some might even argue that he’s not much of an antagonist because he helps so much). J.R.R. Tolkein humanizes Gollum by making him utterly pitiful. The heroes of not only Lord of the Rings, but also of The Hobbit pity Gollum, and the reader does too. He’s a lonely, mostly deranged creature that is driven by something other than his own rational thoughts. His addiction to the ring has made him less than his own halfling. Because the reader can feel sorry for Gollum, it’s hard to hate him completely, and his villainous actions are more impactful. When he falls back into actions driven by his addiction, the reader aches a bit because he couldn’t resist it forever. 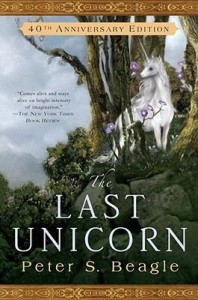 Through much of Peter S. Beagle’s The Last Unicorn there is no physical antagonist impeding the unicorn’s quest to find the rest of the unicorns. Once King Haggard arrives on the scene, he fills that role. Haggard lacks the human ability to be happy, which you might think would make him less than human, but he lacks this ability because of a common human failing: he doesn’t know what would make him happy. This selective ignorance drives Haggard’s deepest flaw, and it’s also something many people in the world share. Lots of people don’t know what will make them happy. Many of them spend years in pursuit of something they think will make them happy, but because they didn’t know what would make them happy, they end up unhappy, just like Haggard. Haggard’s ignorance is his most endearing factor (and it makes you pity him a bit, just like Gollum).

Villainous technique: Give your villain some ignorance your audience shares or sympathizes with. 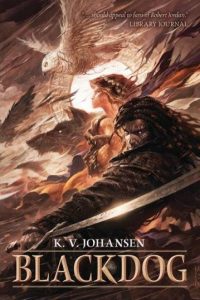 Tamghat in K.V. Johansen’s Blackdog isn’t exactly a poster boy for a humanized villain (although I loved the book, I didn’t think he was even that memorable). However, one thing that kept him from being completely flat was Johansen’s use of a foil character. Tamghat is the villain, but he shares a lot of backstory with Moth, a character who the reader is supposed to like and sympathize with. Because readers learn Tamghat’s backstory (and thus, much of his motivation) from a foil character they like, it’s easier to understand his motivations and follow his goals.

Villainous technique: Introduce a sympathetic foil character that shares some of your villain’s traits.

I Am Not a Serial Killer: Dan Wells 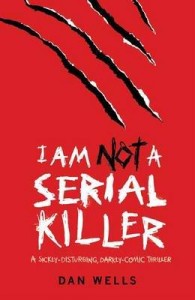 (Heads up: This is probably the most spoiler-filled section.) Dan Wells’s I Am Not a Serial Killer has a very humanized villain, Mr. Crowley. As the book’s antagonist, Crowley is behind a series of killings in the main character’s home town. However, his motivation is what makes him incredibly human. He kills because he needs to steal body parts so he can stay with his elderly human wife, who he fell in love with even though he’s a demon. He gets caught for his killings because he doesn’t want to have to go far from his wife to harvest body parts. Crowley displays traits that most people would consider admirable: love, fidelity, and consideration for someone he’s been with for a very long time. The fact that these traits drive him to a horrible outcome makes that outcome more powerful.

Villainous technique: Give the villain morally admirable traits (which can sometimes lead to morally reprehensible results).

These are really just a few ways you can make your villain more dynamic. How have your favorite authors humanized some of their villains?

Every writer has hundreds of techniques available when he or[...]

This is the first of my (hopefully) weekly roundups where[...]

Fairy tales and folktales get handed down, repurposed, and woven[...]