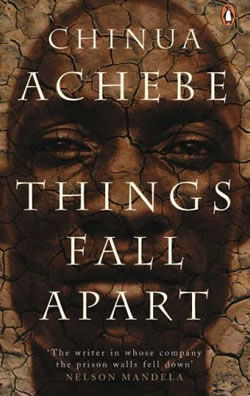 Your book’s villain or antagonist is probably the reason why you have a story to tell. He or she is the one who causes the protagonist’s problems, stands in the way of the protagonist’s desires, and completes the conflict that lies at the heart of your story. Even so, many writers (not always newbies) neglect to make the villain a compelling character in his or her own right. When your villain is a one-dimensional character, your story’s conflict also becomes one-dimensional and you miss out on a prime opportunity to make your book more compelling.

The answer? Humanize your villain.

Humans are complex beings; nobody has only one dimension to them. Even real people you dislike have more to them than that one annoying habit that drives you up the wall. I’d venture to bet that people are so complex that you can find common ground with anyone on this planet if you have a chance to interact with them long enough. So there is absolutely no reason why your books’ antagonists can’t have complex motivations, competing impulses, and maybe even a bit of goodness in them.

To illustrate my point, I’m going to use an example of writing that humanizes with painful precision (although the character I’m going to be using is the protagonist, not the antagonist). In Things Fall Apart by Chinua Achebe, the main character, Okonkwo, is a strong and fierce man. I hated him. He beat his wives and killed children. Even though those actions were acceptable in his culture, he did them in ways that discomfited and outraged his peers. Almost everything he did made me hate him more. (So much so that I probably would have stopped reading the book had it not been assigned reading. I came to be very grateful that I read the entire book; it’s on my list of best eye-opening experiences.)

[Slight spoiler] A point came in the novel in which Okonkwo is summarized. A stranger takes one element of Okonkwo’s life and uses it to create a summary and “understanding” of him that supposedly stands for his entire life. [/Slight spoiler]

That moment broke my heart. My heart broke for a man I detested, because he was such a complex person that seeing him reduced in that manner was horrifying.

The key to making me sorry for Okonkwo was the fact that Achebe made Okonkwo a man. Not a straw man, not a cardboard cutout, but a man. Most things in that man irritated me. Some I could understand. Okonkwo was proud and never wanted to be seen as less than a paragon on manhood by everyone around him. I’ve never tried to be a paragon of manhood, but I have felt the pressure of other people’s eyes and the need to look capable. I’ve never felt like those feelings could justify the sort of things Okonkwo did, but I’ve felt those feelings.

Means to a Humanized End

What’s the takeaway from all this? Your antagonist doesn’t have to be one-dimensional to be villainous. I found Oknonkwo villainous, but reducing him to less than he was offended me. Your villain can be a heinous human being, but make him or her a human being. Here are some ideas on how to do it:

Give your villains more than one reason for their actions. We all do things for a variety of reasons. Very rarely does one motivating factor determine all our actions. If your antagonists wants to take over the world—or even just the corner store—give them more than one reason. It will make their goals more realistic and their means more understandable. Okonkwo wanted to look good in front of others, to be a good father, and to defend his culture against invaders. Those motivations all influenced his actions.

Give your villains universal traits. Everyone has felt embarrassed, angry, hurt, and betrayed. All of us may not have felt those things to the same extent, but we’ve all felt them. If your villain can act on traits that your reader understands, even if your villain’s reactions are more extreme than what your reader’s, the reactions will be more human. Okonkwo feared shame above all else, and that’s something I could sympathize with.

Give your villains a reason to think they’re heroes. Everyone is the hero of his or her own life story. When you’re crafting your villains, consider things from their points of view. Would they be able to justify these actions to themselves? Their mothers? Maybe your villain is motivated by love, by family duty, by a desire for security. If your villains are motivated by a goal your reader shares, their actions will be more believable and even more horrifying. Okonkwo thought he was fulfilling his role as a man; the idea that his actions were what it took to be a man made my insides roil.

Your villain’s actions need to be as realistic and as human as your hero’s. When both of them are multidimensional and realistic, the conflict between them becomes more engrossing. The more you engross your readers, the more they’ll keep coming back to hear your stories.

For more tips, check out this post about villainous characterization techniques.

At long last, Lady Sybil has lured her husband, Sam[...]