This week I’m going to look at each of Looseleaf’s editorial services and tell you what they are, when you need them, and some tricks you can use to do some editing yourself before you hire it out. Today is copyediting day. 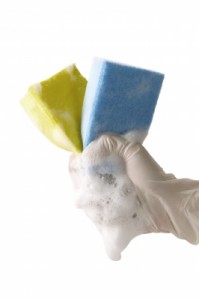 Copyediting is a nuts-and-bolts type of editing that focuses on grammar, spelling, punctuation, style, and consistency. When I copyedit I polish your work. I make sure your character’s eyes stay the same color throughout the book and that you capitalize words or phrases the same way from beginning to end; I make sure you get the I’s before the E’s (except when you shouldn’t) and that your pronouns agree in number and gender with whatever they’re standing in for. Copyediting is, essentially, what most people think of when they think of editing. It’s cleanup.

Sometimes copyediting isn’t necessarily a right-or-wrong type of thing.* There are a lot of language scenarios in which you have more than one option. For example, you might be using whom in a grammatically correct way and un-dangling your prepositions (“Willis needed to figure out to whom he should send the package”), but that might not suit your character voice or the tone of your book (and maybe “Willis needed to figure out who to send the package to” would be better). When I’m copyediting, it’s my job to make sure you stay consistent in your language choices and that they align with the message you’re trying to portray. (If you’re writing something scholarly, that means I’ll scour your citations and make sure they’re correct down to the spacing between the periods, because it’s important to your credibility.)

Copyediting goes a long way to increase your credibility, and nothing will hobble your street cred faster than a misspelled word, misplaced modifier, or missing quotation mark. Copyediting gives your work polish.

When Does a Manuscript Need Copyediting?

A manuscript needs copyediting after the content of the manuscript is completely satisfactory. (If you copyedit before your final revision, the copyediting becomes a little superfluous because your final changes are going to effect your wording, which means you’ll need to do the copyediting again.) When you’re sure your story, study, or article says everything you want it to say in the way you want to say it, you need copyediting to make sure all your words, phrases, and facts flow. Copyediting comes after you’ve deemed your work “done” and you’re ready for final touches.

How Can You Do Some Copyediting Yourself?

Copyediting is a hard thing to do for yourself, mostly because by the time you’re copyediting you’ve seen your manuscript too many times to count. It’s also hard because you know what you meant to say, so you might not be able to see that you didn’t actually say what you meant to. However, there are a few things you can do to help yourself.

Overall, I don’t recommend doing your copyediting yourself, though it may be a good idea to have a friend or two look over the manuscript before you hire a copyeditor. The further someone is from your manuscript, the better they’ll be at catching little mistakes.

* As an example, copyeditors don’t even agree on what to call themselves. Sometimes they’re copy editors instead of copyeditors.

Image by scottchan via FreeDigitalPhotos.net

My most recently completed editorial project isn’t technically a Looseleaf[...]

Before You Hire an Editor, Know What You Need

Before you hire a freelance editor, you need to decide[...]

Are you struggling to find a perfect holiday gift for[...]