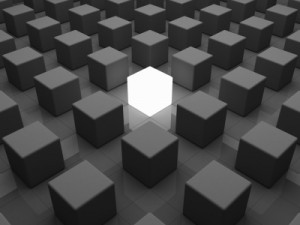 Every writer has hundreds of techniques available when he or she sets out to tell a story. There are different flavors of viewpoint, descriptions, dialogue, setting—there are different styles of pretty much every element of writing out there.

Most writing elements have a default or “normal” technique: for example, the present day’s default viewpoint is usually third-person limited. As a writer, you probably want to get creative, flout a few standards, and push the boundaries of these defaults. However, you often hear that you can’t do XYZ innovative technique unless you’re ABC big name author. (Ex. Don’t transcribe heavy accents in your dialogue unless you’re Mark Twain, etc.)

The truth is that you don’t have to be a big name author to use a unique technique. Big name authors didn’t start as big names, and they used their signature techniques anyway. But caution against unique techniques serves a reasonable purpose. Innovation for innovation’s sake is unlikely to serve the main purpose of your writing: telling a great story. Unique prose can kick your reader out of your story. You can flout any standard, but you’d better have a good reason that serves the overall vision of your book, and even then you should pick only a few techniques so the reader still has something familiar to latch onto. I’m going to discuss a few instances in which authors used unique prose techniques to serve their stories and visions. 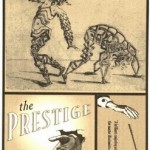 Viewpoint: The Prestige by Christopher Priest

The first case study is The Prestige by Christopher Priest. I recently read and reviewed this book, and one thing that struck me was the viewpoint. The book is told primarily in first-person journal entries spread over decades. Each individual’s story is told from beginning to end without interruption, with the exception of Andy, whose story bookends the book. This means the reader goes through the same set of events, start to finish, twice. That’s repetitious and bizarre by “normal” standards.

This technique works here because each character is engaging enough to draw a reader into the story, and there are secrets enough to discover that repeated plot points aren’t redundant. Plot points aren’t retold to give you a different set of eyes—they’re retold to give you different stories. The technique also allows a reader to explore each individual separately, and the book is primarily about the ghosts and obsessions that haunt each character. By isolating each account, the reader can fully immerse in each character’s story, and placing the accounts in the same book allows the reader to come to a conclusion bigger than one individual. 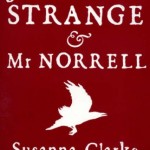 The second case study is another recent read of mine, Jonathan Strange & Mr Norrell by Susanna Clarke. The book is set in an alternate England where magicians deal with fairies. Clarke’s descriptions of fairy things are full of synesthesia and mixed metaphors. Synesthesia descriptions describe something, like a color, using sensory details that don’t match how that thing is typically perceived. For example: “[The fairy box] was a beautiful shade of blue, but then again not exactly blue, it was more like lilac. … To be more precise, it was the color of heartache” (emphasis mine). Heartache is not experienced through visual senses, but Clarke uses it to describe a color.

Synesthesia and mixed metaphors are typically used sparingly, if at all, because they stand out so much. But Clarke uses these descriptions deliberately. She restricts them mostly to descriptions of fairy things and of magic, and it works because the fairies are not quite human and live just a sidestep shy of our reality. By using descriptions that are slightly unhinged from strict logic, she communicates and deepens the otherness of the fairies. 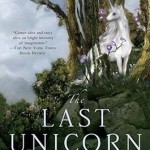 As I’ve said before, I’m a sucker for Peter S. Beagle’s The Last Unicorn. Beagle does some interesting things with his dialogue and his setting. The Last Unicorn is set in a pseudo–medieval Europe (there are even explicit references to Anglo-Saxons). However, one character blithely offers another a taco; another casually reads a magazine while lounging outside; King Haggard’s men have armor made of bottle caps sewn to leather. If you’re going for verisimilitude, details like this will break your story.

In his dialogue, Beagle similarly chucks verisimilitude out the window and has a character or two who will spontaneously start rhyming. Although one character is an entertainer, he slips into rhyme even when he isn’t performing.

Why does Beagle’s disregard for factual representations work? Because verisimilitude is not a part of Beagle’s vision. By suspending the normal rules of logic, Beagle invites the reader to enter a timeless, liminal place. Many of the book’s themes center around the interplay between eternity and things bound in time. By disregarding time-bound restrictions (like those on magazines and bottle caps), Beagle enhances this theme. By putting singsong rhymes into his characters’ mouths, he deepens the otherworldliness of his setting.

Your Technique: Your Story

Next time you’re considering flouting a standard of literature, ponder why you’re doing it. Is it just to be different, or does it serve your story and theme? Is your unique technique balanced against normal ones? (The Prestige strives for verisimilitude, even though its story is fragmented; The Last Unicorn ditches verisimilitude but retains a linear storyline.) If you throw every standard out of your story, you might throw your reader out of the story at the same time. But if you select your technique carefully, you can invite the reader deeper.

Over the past few weeks I finally read The Prestige[...]

Cultivate Creativity in Your Day Job & Down Time

Before “breaking in” to a regular income–producing readership, most novelists,[...]